Marleen Charan: Avoids jail after posing as immigration lawyer and ripping off clients in Victoria

By Karen Sweeney In Melbourne For Australian Associated Press

Faking her job as an immigration lawyer Marleen Charan ripped off four clients for nearly $80,000.

They thought she could help them to apply for and secure visas to live and work in Australia, but as soon as they paid up she cut contact.

She avoided jail when sentenced in the County Court on Tuesday, six years years after her fraud began.

The four people are still out of pocket and could be waiting a while to see any cash, after her lawyer revealed she is on benefits and unable to make restitution. 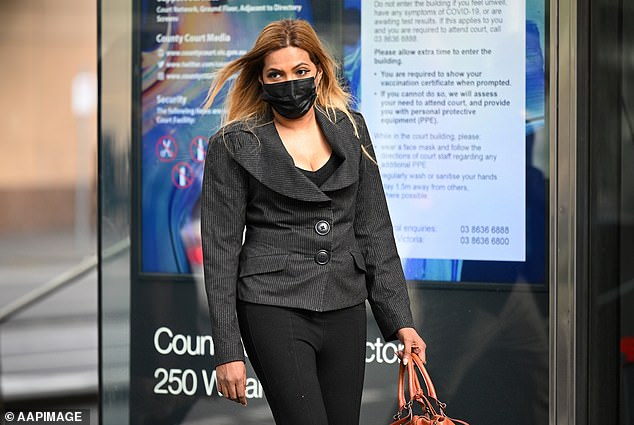 Marleen Charan (pictured) has avoided jail time after she posed as an immigration lawyer and ripped off four clients for nearly $80,000 between February 2016 and May 2017

Judge Duncan Allen ordered that she repay the money if, in future, she earns enough to be able to afford to compensate them for their losses.

Prosecutors noted she had never even offered to pay them back.

Charan’s first victim lost $10,500 after she falsely claimed she was a lawyer who would provide an immigration law program for the victim to complete, after which she would sponsor a visa application.

The second victim was out of pocket $28,408 after Charan claimed to be a lawyer who could lodge an application for her to become an Australian permanent resident.

A man lost $20,108 after he was told by Charan that she could help him lodge a temporary work visa for his brother.

Charan also claimed she could give the brother employment support at a restaurant she was opening in Footscray.

Her fourth victim paid $20,800 after she represented herself as a lawyer who could support them with visa sponsorship. 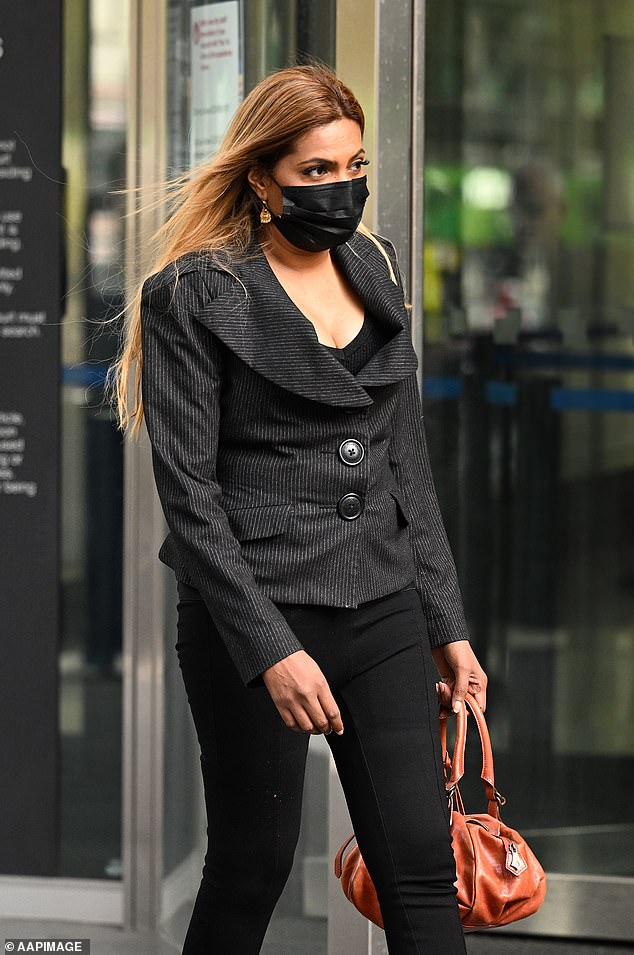 At the County Court of Victoria on Tuesday, Charan (pictured) was ordered to complete 250 hours of community work, receive mental health treatment and support, and be supervised for three years

After her offending between February 2016 and May 2017, Charan enrolled in a law degree at Victoria University, which she has since completed.

But it’s unlikely she will ever be granted a certificate to practise because of her convictions.

Judge Allen said it was ironic that since her offending Charan had volunteered as a qualified migration agent assisting many people to navigate the immigration system.

He said she had provided immense assistance to Edward McHugh, achieving his release from detention and assistance in achieving a Federal Court judgment that determined his detention was unlawful.

Mr McHugh, who supported Charan in court, was raised believing he was an Australian citizen, supported by the fact he was enrolled to vote and had an Australian passport.

But he was adopted from the Cook Islands and after his visa was cancelled attempts were made to deport him.

‘I acknowledge his presence here today. It is of great value in evidencing the great work you have done, ironically, since this offending behaviour,’ Judge Allen said.

He acknowledged she had experienced extreme hardship in her life and had no prior or subsequent offending.

He ordered she complete 250 hours of community work, receive mental health treatment and support, and be supervised for three years.