Taking antidepressants during pregnancy does NOT raise risk of having an autistic child, major study finds

Taking antidepressants during pregnancy does not raise the risk of autism in newborns, a major study has found.

Both antidepressant use and the prevalence of autism have increased in recent years, and previous studies suggested the two might be linked.

But while researchers found women taking the drugs had a higher risk of having a child with a neurodevelopmental disorder, the medication was not to blame.

They believe other factors – genetic or environmental – may be involved and are calling for more research.

Expectant mothers on antidepressants may benefit from early screening during pregnancy, they added.

The team at Harvard University looked at 3.2 million pregnancies across two large health insurance databases between 2000 and 2015. 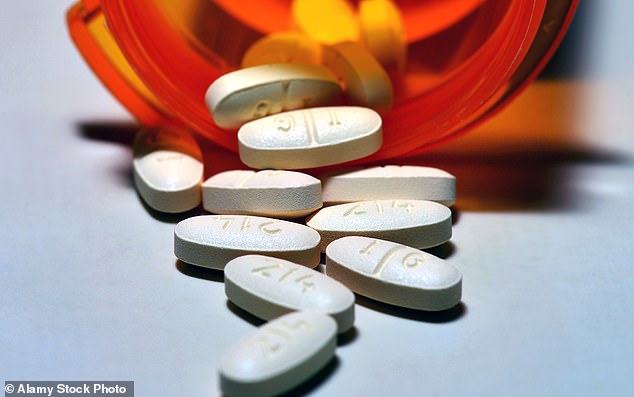 Researchers found no increased risk of autism in children when their mothers took antidepressants such as sertraline, fluoxetine, citalopram, escitalopram, and bupropion

They followed up with children 14 years later. In total there were 145,702 women on the drugs while expecting.

The researchers looked at five types of selective serotonin reuptake inhibitors (SSRIs), the most common type of antidepressants.

They work by blocking the reabsorption of serotonin – dubbed the ‘feel-good hormone – in the brain.

When compared to women not taking the medication, the risk of a range of neurodevelopmental disorders – including ADHD – was double.

But after adjusting for confounding factors the link disappeared.

Women on antidepressants were more likely to be older and white, and they had used more drugs in the past than their peers.

These factors may all play a role in increasing the risk of autism the researchers suggested.

The findings were published in the journal JAMA Internal Medicine.

Professor Carmine Pariante, a psychiatrist at King’s College London who was not involved in the study, said it was a ‘truly important paper’.

‘Women and health professionals are often concerned about antidepressants in pregnancy, and sometimes decide to suddenly stop these medications as soon as pregnancy becomes known,’ she said.

‘What this study shows is that, in reality, previous concerns that antidepressant use increases the risk of autism or other neurodevelopmental disorders are due to the effects of depression itself, or to risk factors for depression, and not to antidepressants.

‘Women with clinically significant depression, or other mental disorders where antidepressants are indicated, should be informed that the risk associated with antidepressants use in pregnancy is not as high as previously thought, and should be offered the possibility to discuss this therapeutic option as part of a package of care that should include also psychological and social support.’

According to the CDC, around one million pregnant women take antidepressants in the US each year.

It says there is not enough strong evidence to recommend depressed women stop their medication.

But the NHS does not recommend antidepressants during pregnancy, particularly the early stages ‘as a precaution’.

Previous research has suggested women who stop taking antidepressants just before they become pregnant, or early in pregnancy, have a greater chance of suffering from post-natal depression.

ARE ANTIDEPRESSANTS SAFE TO TAKE DURING PREGNANCY?

The American College of Obstetricians and Gynecologists recommends that women consult with their doctors to decide whether to stay on or start antidepressants during pregnancy.

The risks are thought to be relatively low, and a mother’s depression itself can also have consequences, like a low birth weight, for her baby.

But the treatment – antidepressants – may have a similar effect according to some research that linked the drugs to lower birth weights as well.

Different kinds of antidepressants also have different effects for developing infants, according to the Mayo Clinic.