Falling in love really can heal a broken heart, a study suggests.

Oxytocin is produced by our bodies when we cuddle, have sex, and fall in love.

Now scientists in Michigan have discovered it also appears to have the ability to repair cells in an injured heart.

When someone suffers a heart attack their cardiomyocetes – which allow it to contract – die off in vast quantities.

They are highly specialized cells and cannot replenish themselves

But researchers found oxytocin stimulates stem cells in the heart’s outer layer, which migrate to its middle layer and turn into cardiomyocytes.

The findings have so far only been in zebrafish and human cells in a lab. But it is hoped that one day the love hormone could be used to develop a treatment. 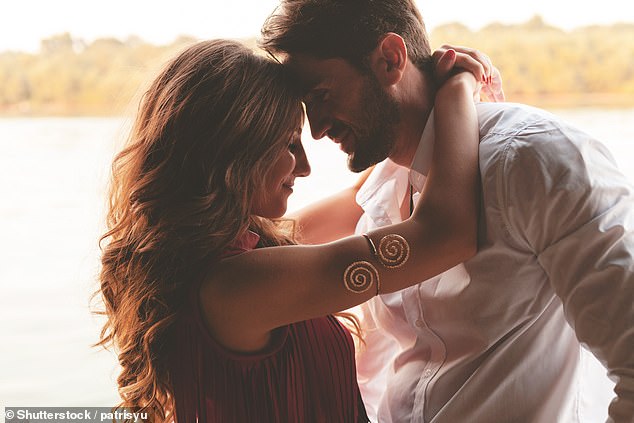 Oxytocin is produced by our bodies when we cuddle, have sex, and fall in love. Now scientists believe it can heal damaged heart cells (file image) 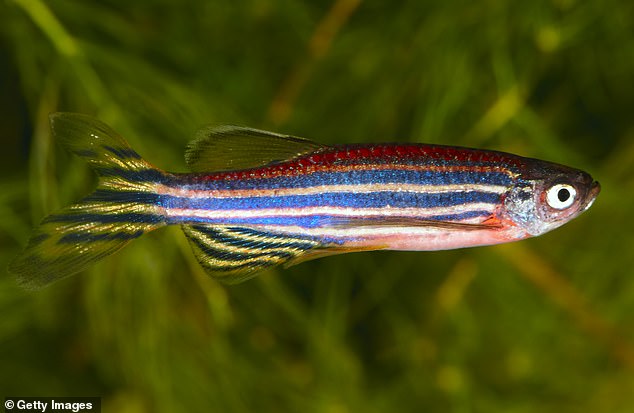 Thanks to oxytocin, zebrafish can regrow parts of their heart, and researchers found the cuddle hormone has a similar effect on human tissue.

Lead author of the study Dr Aitor Aguirre, an assistant professor in biology at Michigan State University, said: ‘Here we show that oxytocin is capable of activating heart repair mechanisms in injured hearts in zebrafish and human cell cultures, opening the door to potential new therapies for heart regeneration in humans.’

Cardiomyocetes typically die off in great numbers after a heart attack and cannot be replenished.

OXYTOCIN: THE ‘LOVE’ OR ‘CUDDLE HORMONE’ THAT IS RESPONSIBLE FOR TRUST

Oxytocin, known as the ‘love hormone’, engenders trust and generosity.

The chemical is released naturally from the brain into the blood of humans and other mammals during social and sexual behaviours.

It is produced by women during labour to help them bond with their baby, and stimulates the production of breast milk.

The chemical is also released during lovemaking, earning it the nickname ‘the cuddle hormone’.

Other loving touches, from hugging a teddy bear to stroking your pet dog, also trigger the hormone’s release.

But previous research has shown that some cells in the heart’s outer layer can undergo reprogramming to become makeshift cardiomyocetes.

Humans cannot do this by themselves, however.

This led the researchers to explore whether zebra fish – which have a unique ability to regrow body parts such as the brain, bones and skin – could hold the key.

While they don’t suffer heart attacks themselves, their predators are happy to take a bite out of any organ – including the heart.

Zebrafish can regenerate up to a quarter of the organ, due to an abundance of cardiomyocetes, and other cells which can be reprogramed.

Researchers found that within three days of a heart injury, oxytocin levels rose by up to 20 times in the brain.

They also showed the hormone is then directly involved in the heart-mending process.

Importantly, oxytocin had a similar effect on human tissue in a test tube.

Dr Aguirre added: ‘Oxytocin is widely used in the clinic for other reasons, so repurposing for patients after heart damage is not a long stretch of the imagination.

‘Even if heart regeneration is only partial, the benefits for patients could be enormous.’

The researchers’ next steps will be to look at the effect of oxytocin in humans after injury to the heart.

The naturally-produced hormone is short-lived in the body, meaning longer-lasting oxytocin drugs might be needed.

The findings were published in the journal Frontiers in Cell and Developmental Biology.

Oxytocin is also used to stimulate or improve contractions during labour, as well as lessening bleeding after childbirth.