By Tyrell Feaster For Dailymail.Com

Cleveland Browns defensive lineman Isaac Rochell took to TikTok to take some comedic umbrage with the NFL for paying his wife more attention than him.

Rochell is married to TikTok star Allison Kuch, who has over two million followers on the social media platform.

The video posted by the six-year veteran starts off with him covering his face while speaking over a screenshot of his wife’s last post. Along the bottom of the post can be seen a comment from the NFL’s verified account saying ‘we’ll send a horse and carriage next time,’ as Kuch is pictured walking. 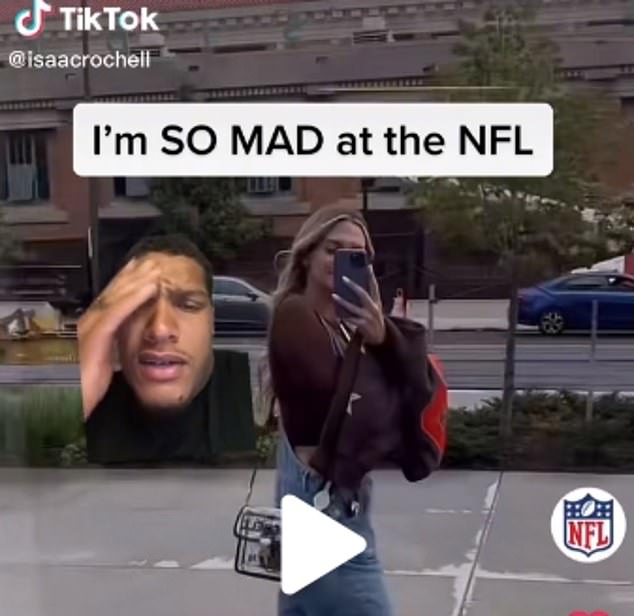 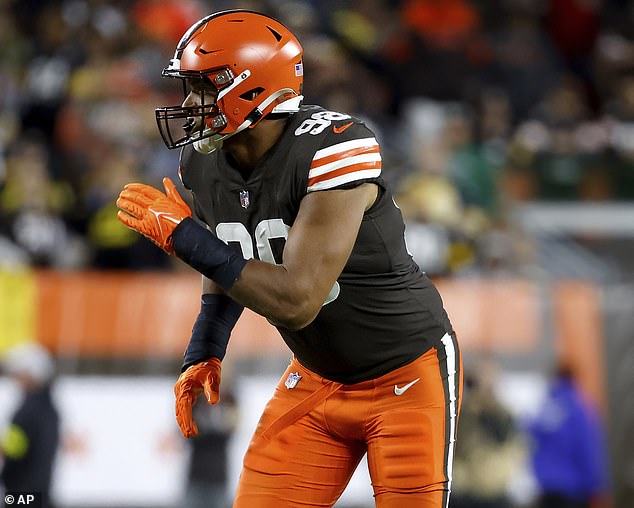 ‘I’m SO MAD at the NFL,’ Rochell wrote in text overlaying his response video.  ‘Oh my God, here we go again. For some reason, my beautiful wife has surpassed me on all phases of life, which includes the NFL posting about her again before they post about me.’

As he continues Rochelle changes the images in the background of the video to ones of him playing against the Pittsburgh Steelers before saying: ‘This is me in the Thursday Night game. In the heat of battle playing.’

The screenshot then switches to one on of his wife before the game as he says, ‘and this is her! I love my wife, literally would die for my wife, but she’s gluing on nails before the game!’

He refers back to his performance from the same night, showing another screenshot from the game. ‘Again, me in the heat of battle! Her, looking like a snack but taking selfies during the game!’ he went on, now showing a photo taken in a stadium bathroom. ‘I mean, my God, NFL.’ 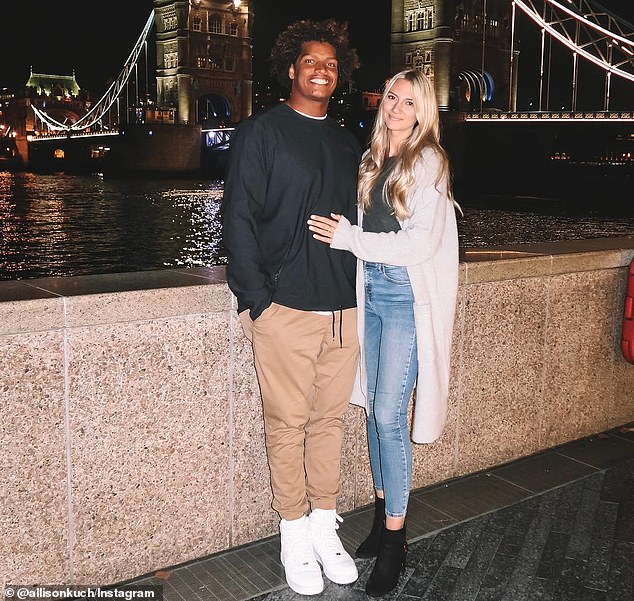 Allison often flaunts her luxurious lifestyle online. Over the last few years, she has shared pictures of herself in extravagant cities like London, England (pictured), and Barcelona, Spain 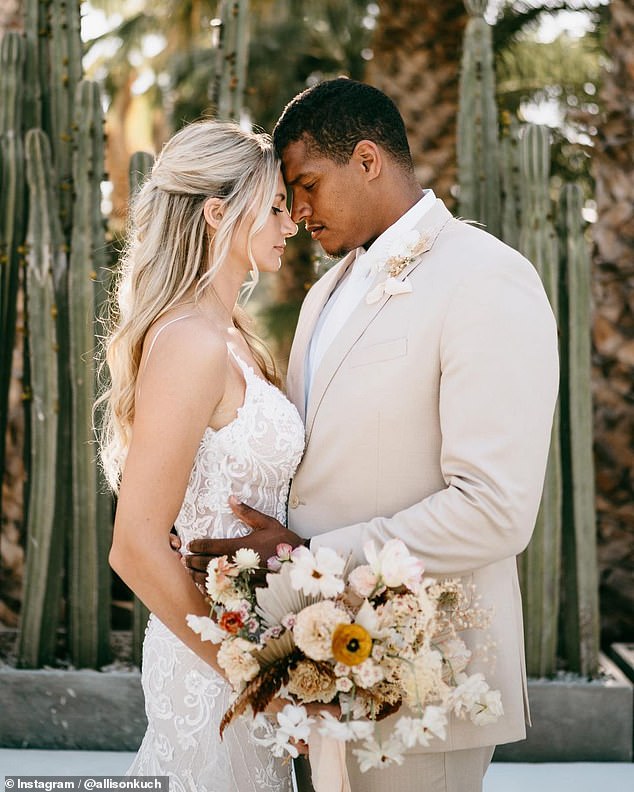 Rochell  popped the question in July 2020 on a beach in Huntington, California. They tied the knot one year later during a stunning ceremony in Baja, Mexico

After commenting on his video ‘idk what u want us to say,’ the league later tried to right their wrongs, by stitching a video of Rochell’s highlights from Thursday night with the footage of his video.

It’s nice to know that at the end of a long day ‘Allison’s husband,’ got his hard earned recognition. 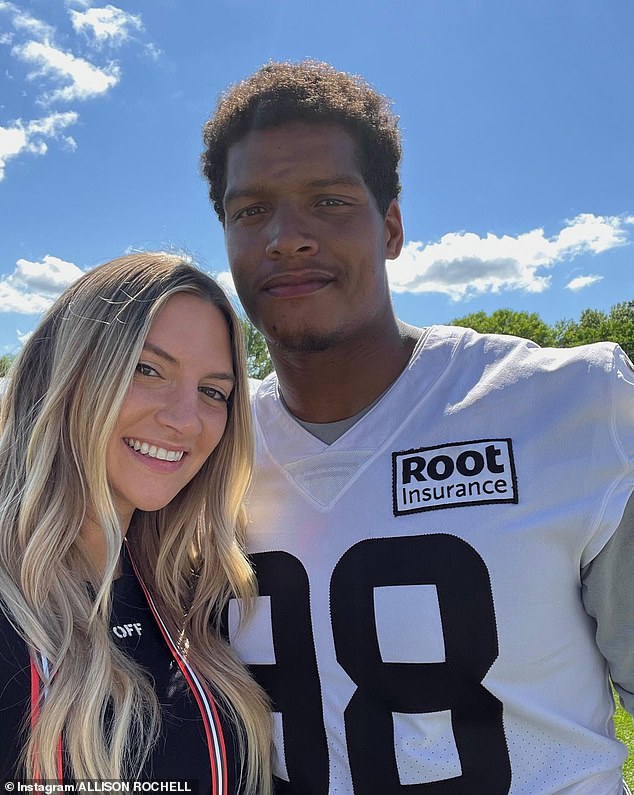