Lawyers claim a series of questions asked by Big Four accounting firm KPMG to job applicants about their sexuality and gender could pose a major legal risk.

The questions – which are not compulsory to answer – come amid a push by the major professional services company to promote an ‘inclusive workplace’ that ‘values diversity’.

KPMG asks job applicants in their forms about their gender, preferred pronouns and sex.

Employment lawyer Mia Pantechis, who works at Maurice Blackburn, told Daily Mail Australia that the questions could be considered discriminatory and that the firm may be leaving itself open to legal action. 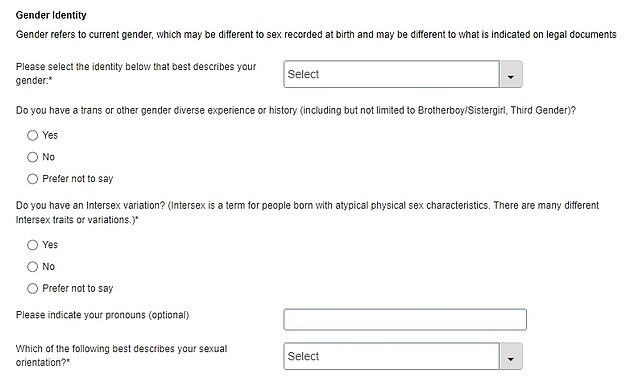 Some of the questions KPMG is asking job applicants, as seen on the big four accounting firm’s website 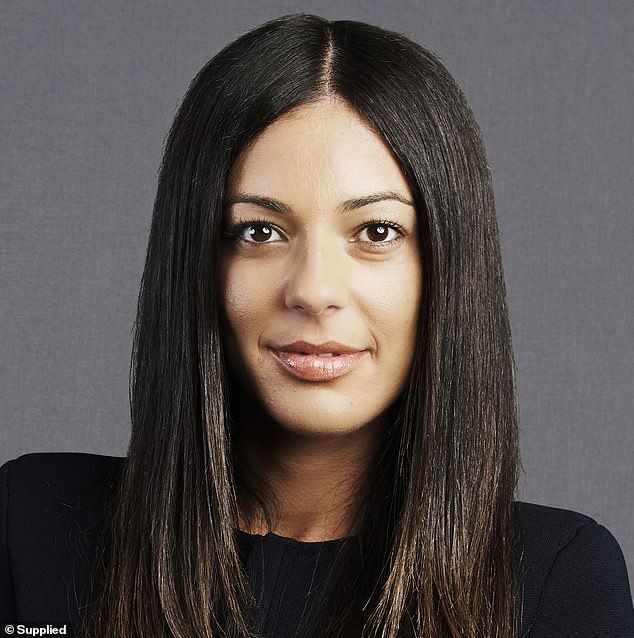 ‘In recruitment processes, questions should be directed at determining a candidate’s ability to perform the role,’ she said.

‘Asking unnecessary questions and seeking information about certain characteristics should be avoided and can amount to unlawful discrimination.’

Ms Pantechis pointed towards the Fair Work Act 2009 and the Sex Discrimination Act 1984 as two laws the questions may be breaching.

‘The Fair Work Act 2009 (Cth) prohibits employers from discriminating against prospective employees on the basis of gender and sexual orientation,’ she said.

‘The Sex Discrimination Act 1984 [makes it] unlawful to discriminate against a candidate on the basis of sex, sexual orientation, gender identity or intersex status when determining whether to offer employment and the terms of employment to be offered.

‘Any questions that concern these protected attributes sends a signal that recruitment decisions will be based on, or at least have regard to these factors.’

Ms Pantechis said if the information gathered from these questions is ‘relied on to make decisions about who to hire and what terms of employment to offer, it would amount to unlawful discrimination’.

She added that the questions would be considered a ‘special measure’ and not litigious if they were purely designed to achieve equality amongst people with different gender identities and sexual orientations. 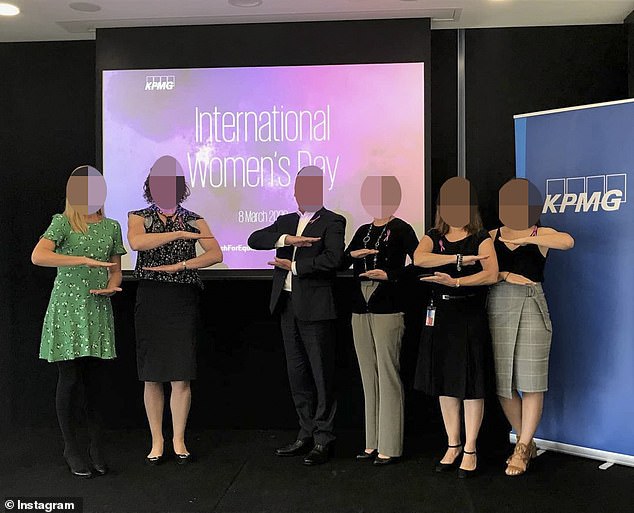 Amy Zhang, a lawyer for Harmers Workplace Lawyers, echoed Ms Pantechis’s answers when she spoke with the Financial Review.

‘It’s always risky to ask these sorts of questions at the application stage,’ she said.

‘A better approach would be to send out an anonymous survey after the recruitment process has ended.’

Besides asking about gender, sexual orientation and pronouns, KPMG also questions job seekers about whether they’ve had a ‘trans or other gender diverse experience or history (including but not limited to Brotherboy/Sistergirl, Third Gender)’ and if they ‘have an intersex variation’.

‘Brotherboy’ and ‘sistergirl’ are terms used by Aboriginal communities to describe transgender people. Third Gender refers to people who are not characterised as either man or woman.

Intersex is defined as a term for people born with ‘atypical physical sex characteristics’ or a combination of male and female biological traits. 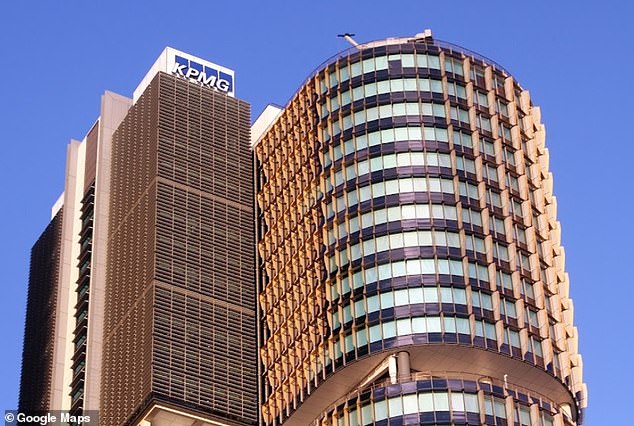 Big Four accounting firm KPMG questions job seekers about whether they’ve had a ‘trans or other gender diverse experience or history (including but not limited to Brotherboy/Sistergirl, Third Gender)’ and if they ‘have an intersex variation’

KPMG stressed that the information gathered from the answers to these questions would not affect a job seeker’s application.

‘At KPMG, we are committed to creating an inclusive workplace that promotes and values diversity,’ a spokesperson told Daily Mail Australia.

‘We welcome and encourage applications from people of all backgrounds, ages, religions, including Aboriginal and Torres Strait Islander Peoples, LGBTIQ+ people, those with a disability, and people with a cultural or linguistically diverse background.’

The KPMG representative added that the application process ‘asks a diverse range of questions about candidates’ backgrounds which are voluntary’.

‘We use these in aggregate to build a statistical picture of our progress in achieving a diverse workforce.

1. Please select the identity below that best describes your gender:

2. Do you have a trans or other gender diverse experience or history (including but not limited to Brotherboy/Sistergirl, Third Gender)?

Yes, no, prefer not to say

3. Do you have an Intersex variation? (Intersex is a term for people born with atypical physical sex characteristics. There are many different Intersex traits or variations.)

Yes, no, prefer not to say

5. Which of the following best describes your sexual orientation?