NRL players have made a habit of telling referees what they think they should be doing, only to be routinely ignored or be told in no uncertain terms to take a step back.

On Friday night, however, it was referee Gerard Sutton who was forced to backtrack after an embarrassing blooper during North Queensland’s 28-26 win against Manly.

With 37 minutes gone in the first half at Brookvale Oval and the Sea Eagles leading 10-6, Sutton awarded a scrum to Manly after ruling a Daly Cherry-Evans pass to Kieran Foran had come off a Cowboys player. 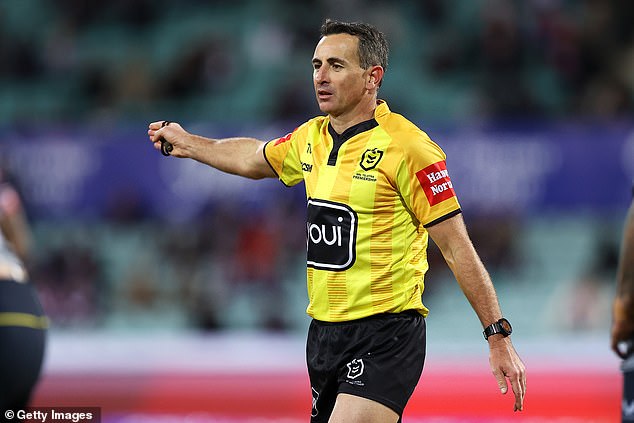 Several North Queensland players protested the decision, calling for a captain’s challenge after Cherry-Evans appeared to be traveling forward. Sutton agreed and instructed the bunker to have a look at the incident again.

‘Cowboys are challenging the ruling of a knock-on,’ Sutton told the official in the bunker.

No sooner had Sutton instructed the video referee to review the incident, that he was interrupted by an incensed Townsend, who protested he had not called for the challenge himself.

According to NRL rules, only the team captain has the power to signal to the referee the intent to use the captain’s challenge. 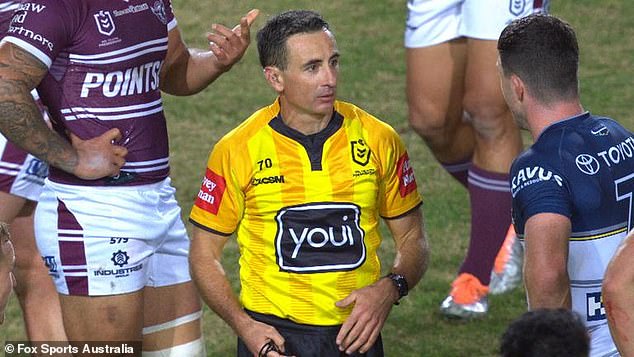 ‘The captain calls the challenge,’ the Cowboys skipper told Sutton.

‘I didn’t call it. I didn’t speak to you. I am telling you. It will come from the captain sir. That’s the call.’

Sutton immediately acknowledged his mistake, explaining he had got confused by the number of Cowboys players calling for a captain’s challenge.

‘I had three blokes call it, I’m sorry,’ Sutton said to Townsend.

‘I’m sorry if it wasn’t you. I had three guys call it and I thought you were one of them. 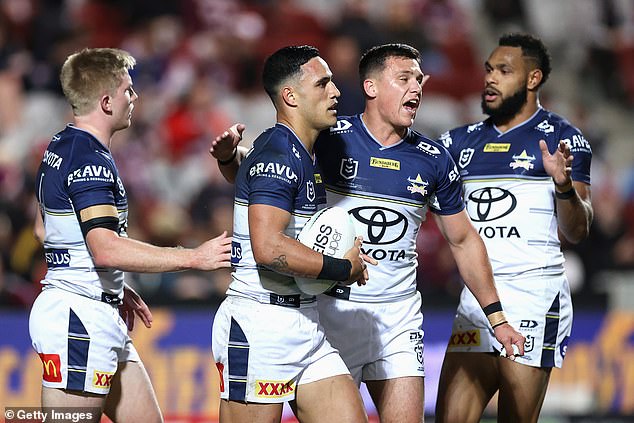 The Cowboys pulled off a sensational comeback, engineering a 16-point turnaround in less than four minutes to seal their 11th win of the season

‘Sorry Bucky [Senior Review Official Chris Butler], Chad has not called it. Three other blokes have called it. They are not challenging. I thought it was Chad Townsend, but it wasn’t. It was Tom Dearden.’

The Cowboys pulled off a memorable comeback to clinch their 11th win of the season, with Valentine Holmes’ try three minutes from time capping a 16-point turnaround in less than four minutes.

North Queensland’s night, however, was soured by a hamstring injury to Reuben Cotter shortly before kick-off. 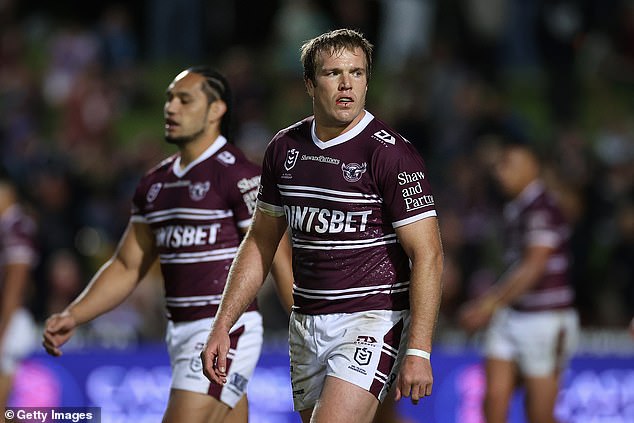 Manly, meanwhile, slipped to 10th on the ladder with a 7-8 record for the season

Cotter was seen running through some routine drills ahead of his side’s game against the Sea Eagles, but pulled out of the warm-up after clutching at his hamstring.

The 23-year-old walked straight down the tunnel at at Brookvale Oval and was replaced in the Cowboys’ game day 17 by utility back Brendan Elliott.

The injury could be a major blow to the Cowboys and Queensland ahead of Origin 2 on June 26 in Perth.