Peter Dutton has revealed he will show a softer, more caring side to his personality if he becomes the next Liberal leader.

The former defence minister is favoured to succeed Scott Morrison after other possible candidates either lost their seats in the election, or pulled out of the race.

He formally launched his bid for the Liberal Party leadership on Wednesday, promising to bring together moderate and conservative wings.

He said that while the public had grown accustomed to seeing him in ‘tough portfolios’ like defence and home affairs, he hoped to show them a different side.

‘I hope now, in moving from such tough port­folios, the Australian public can see the rest of my character, the side my family, friends and colleagues see,’ he said.

‘The side my community sees where they have elected me eight times. I come from the suburbs and I have never changed my values or forgotten where I have come from.’ 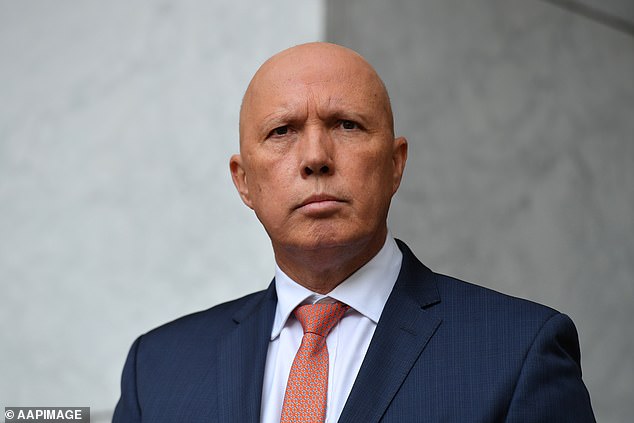 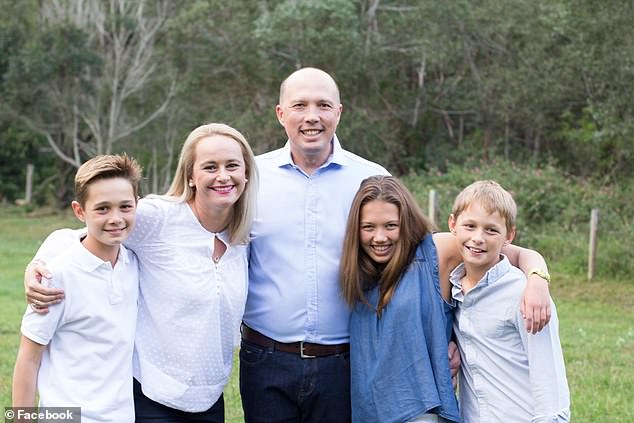 The former defence minister (pictured with his wife and three kids) is favoured to succeed Scott Morrison after other possible candidates either lost their seats in the election, or pulled out of the race

His wife Kirilly, a successful businesswoman, gave her insight into the man vying to step into the leadership role, revealing that he has a ‘great sense of humour’.

She said he was incredibly compassionate, especially when it came to the protection of women and children.

‘He hides a lot of his emotion from the public but he gets most upset at reports of children or women being sexually abused or harmed. It obviously stems from his time as a policeman working in that area, but it’s also from being the eldest of five kids growing up in the suburbs,’ she said.

Mrs Dutton is standing side by side with her husband on the journey that is expected to see him announced as the next Liberal leader as soon as next week.

The couple has two sons, Harry, 17, and Tom, 16, and Mr Dutton also has a daughter Rebecca, 20, from his first marriage.

Mrs Dutton said he is an ‘amazing ­father and the kids adore him’.

His leadership bid comes after Mr Morrison was defeated at Saturdays election with the party losing up to 19 seats. 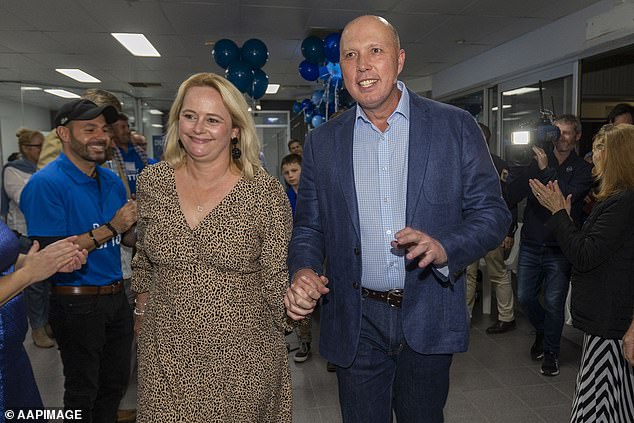 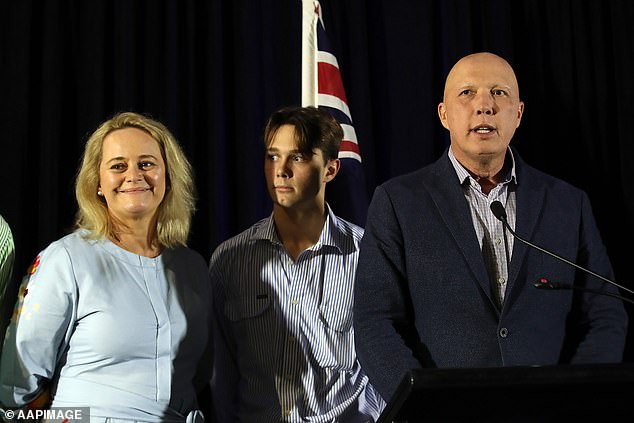 Peter Dutton (pictured right) is pictured with his wife Kirilly (left) and their son Tom (centre) at his reception in the seat of Dickson, Brisbane on Saturday, May 21, 2022

And while debate has been raging about whether the party now needs to move to the right or the left, the no-nonsense Queenslander suggested he would lead from the centre.

‘We aren’t the Moderate Party. We aren’t the Conservative Party. We are Liberals. We are the Liberal Party. We believe in families – whatever their composition. Small and micro businesses. For aspirational, hard-working ‘forgotten people’ across cities, suburbs, regions and in the bush.’

Despite the loss of six moderate Liberal-held seats in Sydney, Melbourne and Perth, Mr Dutton said he will unify the party’s remaining MPs and senators and hold the Labor government to account.

Mr Dutton has been heavily favoured to replace Mr Morrison since the defeat of his main rival, outgoing Treasurer Josh Frydenberg.

As he has shot to the top of the rankings he has seen number of attacks from the left. 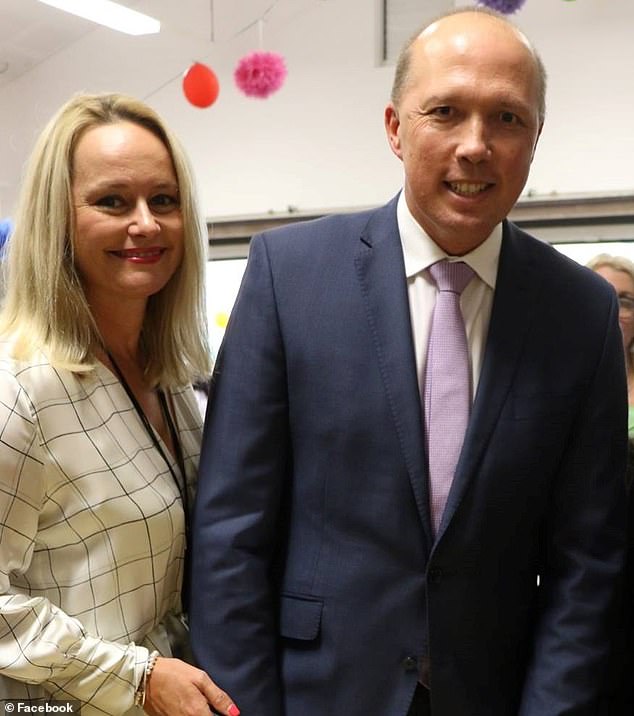 Peter Dutton (right) is pictured with his wife Kirilly. Mrs Dutton said ‘He has a great sense of humour – very dry and witty’ 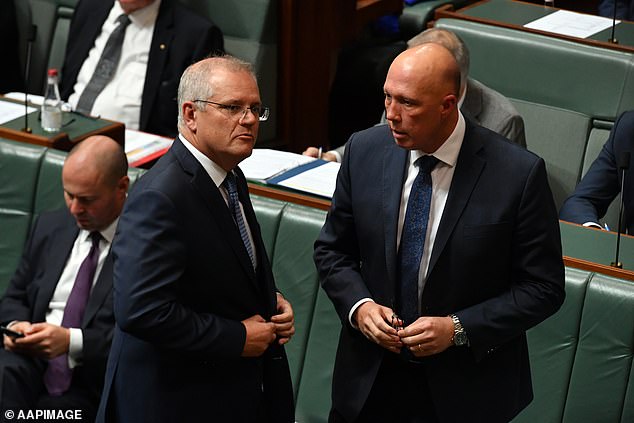 Peter Dutton (right) is pictured with Scott Morrison (centre), the man he is set to succeed as leader of the Liberal Party. Pictured left is Josh Frydenberg, who lost his seat to an independent in the federal election

‘There’ll be a lot of children who have watched a lot of Harry Potter films who’ll be very frightened of what they see on TV at night,’ she told Brisbane’s 4BC radio.

It is understood that Ms Plibersek later apologised to Mr Dutton for commenting on his appearance.

On Monday, Western Australia Premier Mark McGowan blasted Mr Dutton as not being fit to be prime minister.

‘He’s an extremist, and I don’t think he fits with modern Australia at all,’ said Mr McGowan.

Dutton, a former policeman, is likely to be elected unopposed as Liberal leader when the party meets in Canberra in coming weeks.