‘I was hanging on the ropes the entire match’: Novak Djokovic questions his fitness after shock Monte Carlo Masters exit… as he admits he’ll go ‘back to the drawing board’ amid stop-start season

By Jacob Ranson For Mailonline

Novak Djovokic has questioned his fitness following what has been a tough year so far with his latest set-back coming as he was dumped out of the Monte Carlo Masters.

The world number one looked every inch someone short of matches as he went down 6-3, 6-7, 6-1 to Spain’s Alejandro Davidovich Fokina in his first match back in two months.

Djokovic looked exhausted by the end of the two hour 54 minute encounter, but can console himself that it is a long road to Roland Garros, by which time he will have more mileage in his legs. 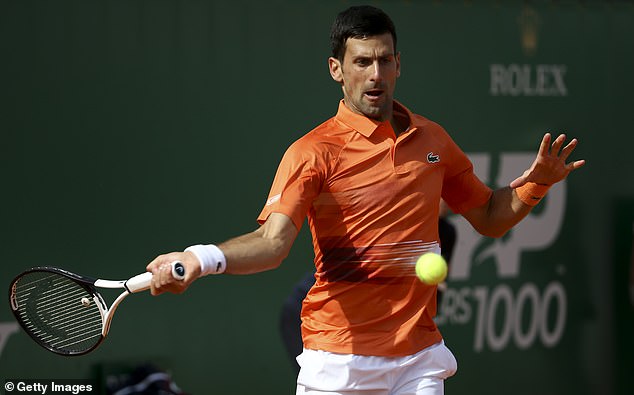 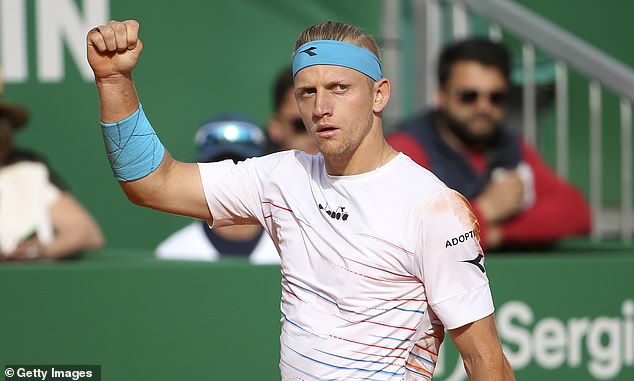 Facing the world number 46, an erratic Djokovic threw in 16 unforced errors in the opener, and then went 3-0 down in the second before storming back to 5-4, when he failed to serve it out.

‘I don’t like that feeling I experienced in the third set but I’m going to look with my team into reasons why that was the case and go back to the drawing board and hopefully next week will be better in Belgrade.’

The 34-year-old has played just four matches over the course of two tournaments since last December – therefore it was most likely expected for the Serbian star to struggle fitness wise.

But perhaps not as much as he did although there was glimpses of his competitive form that he is known for in the match. 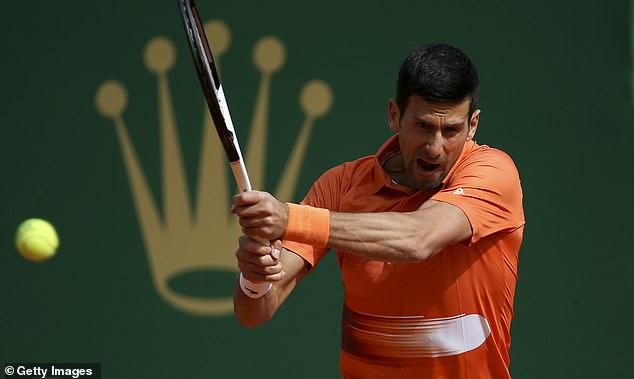 ‘I was hanging on the ropes the entire match. I was really chasing the result constantly.

‘I always believed that I could come back and win the match, and I stayed there even though a lot of things were against me in terms of how I felt on the court.

‘Game-wise, physically I was just far from my best. So of course in those types of conditions and circumstances, then you have to really work two times more than you normally would.’

The Serbian always knew it was going to be a tough test against Fokina, but must now put it behind him and prepare for the Belgrade Open. 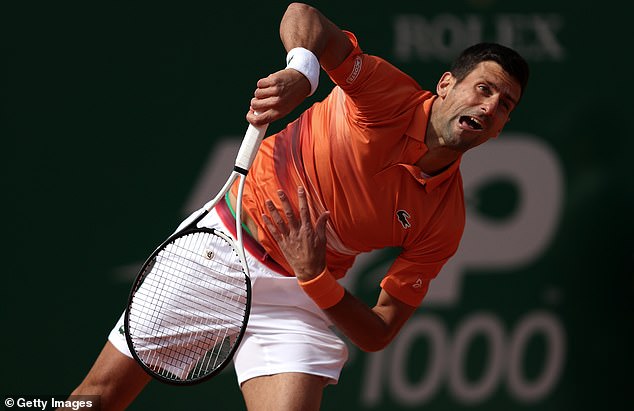 ‘I played a clay-court specialist. He had a match already on centre court a few days ago.

‘I expected this match to be a really tough match, a physical battle, and that’s what it was.

‘Unfortunately I’m on the shorter end of the stick, and my week ends here.’

Djokovic will have to put the defeat behind him quickly as he is set to compete in front of his home fans at the Belgrade Open next week.