£2.5million Ferrari Enzo is smashed to pieces after crashing into a tree stump in Holland

Fer-arrrggghhh-i! £2.5million Ferrari Enzo is smashed to pieces after mechanic from the dealership crashes it into a tree stump in Holland

By Jamie Phillips For Mailonline

A £2.5million Ferrari Enzo has been smashed into pieces after crashing into a tree stump in the Netherlands.

The crash took place in the town of Baarn, just southeast of Amsterdam, on Tuesday.

It is understood a local dealership mechanic was behind the wheel of the Enzo, of which only 400 were built worldwide, but escaped the incident unhurt after being taken to hospital for a check-up.

The vehicle suffered significant damage in the collision, in which its airbags were deployed, including two wheels having been ripped away along with several suspension pieces.

A witness to the crash said the vehicle’s passenger side ploughed into a tree stump on the side of the road. 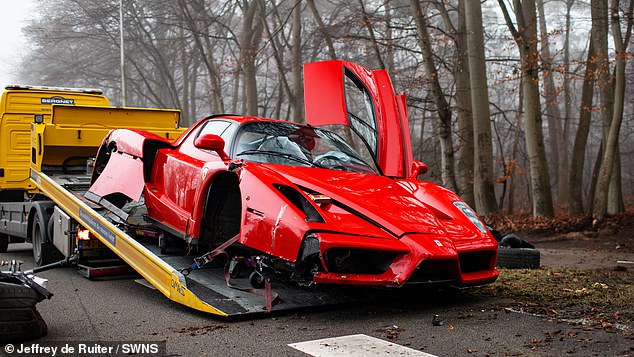 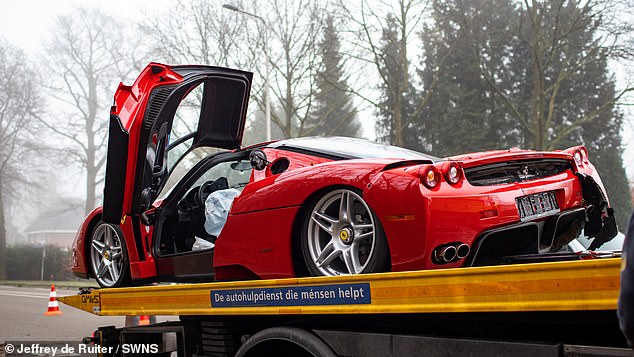 The crash took place in the town of Baarn, a municipality just southeast of Amsterdam in the Netherlands 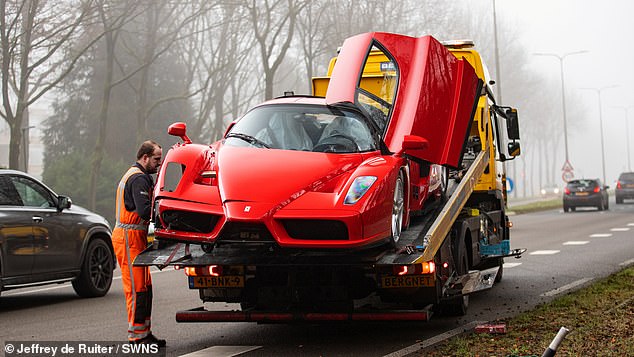 Only 400 of the now £2.5million Ferrari Enzos were made worldwide – making it a very costly crash 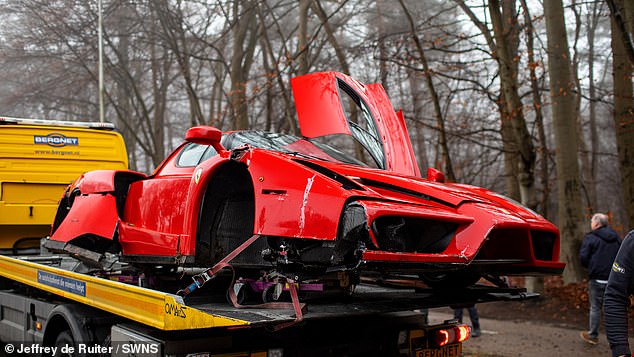 The mid-engine dream car suffered extensive damage in the collision, but the driver escaped unhurt 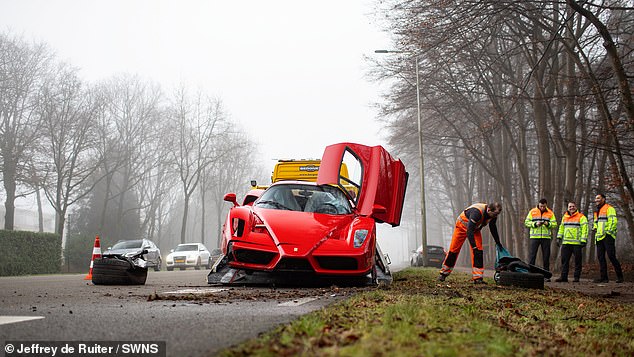 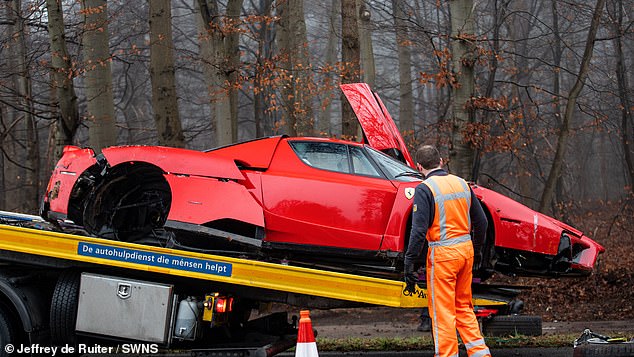 They added: ‘The local Ferrari dealer is about two kilometres away from the scene. It’s a customer-owned car.

‘The Weather conditions were damp and chilly, maybe three degrees in temperature.

‘It hit a tree stump at the side of the road. It hit it on the passenger side and the stump was damaged.

‘Not sure what happened, but I think he wanted to turn right back to the dealership.’

The mid-engine supercars left the Ferrari production line between 2002 and 2004. 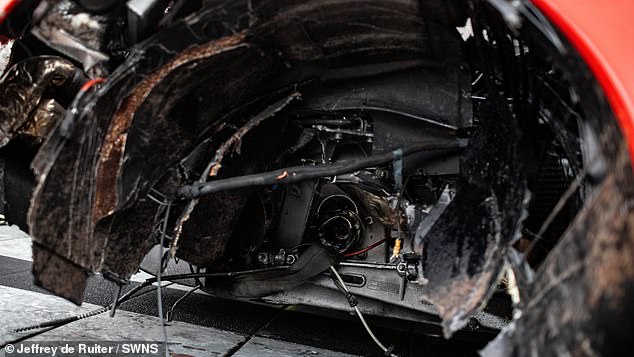 A close up of the damage to one of the wheel arches of the £2.5m Ferarri Enzo, which lost two wheels in the collision 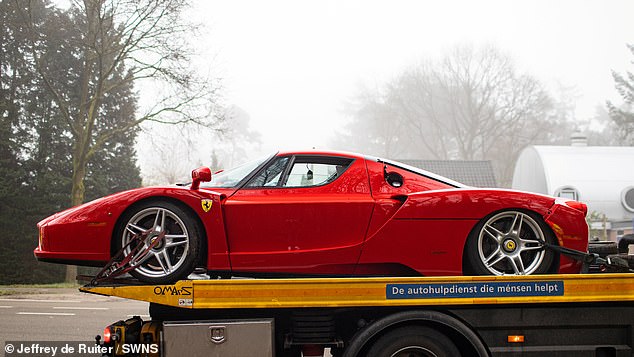 The impact of the crash hit the passenger side of the vehicle, while the driver’s side has been left relatively unscathed 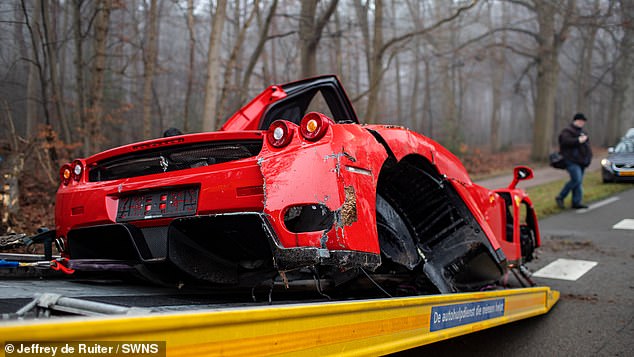 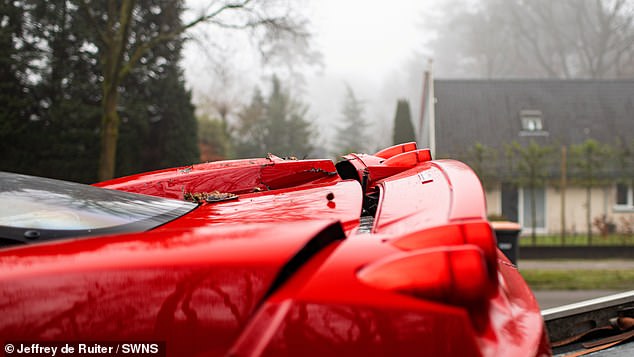 Significant damage has been caused to the bumper of the Ferrari Enzo, of which just 400 exist

Initially costing £450,000 when launched, the Enzos have since hugely increased in value.