Homepage » News » Lola the cat uses downstairs loo like a human (but will she learn to flush afterwards?)

Who needs a litter tray! Lola the cat uses downstairs loo like a human (but will she learn to flush afterwards?)

By Chay Quinn For Mailonline

This is the moment that a clever cat shows its owners that it can use the toilet like a human – but stops short of flushing it.

The video posted on Facebook by Ali Collison, from Nottingham, shows her opening the door for her pet, Lola, asking if it wants to ‘go wee-wee’.

The cat then struts into the small bathroom and perches on the toilet and begins to pee while looking at the flush. 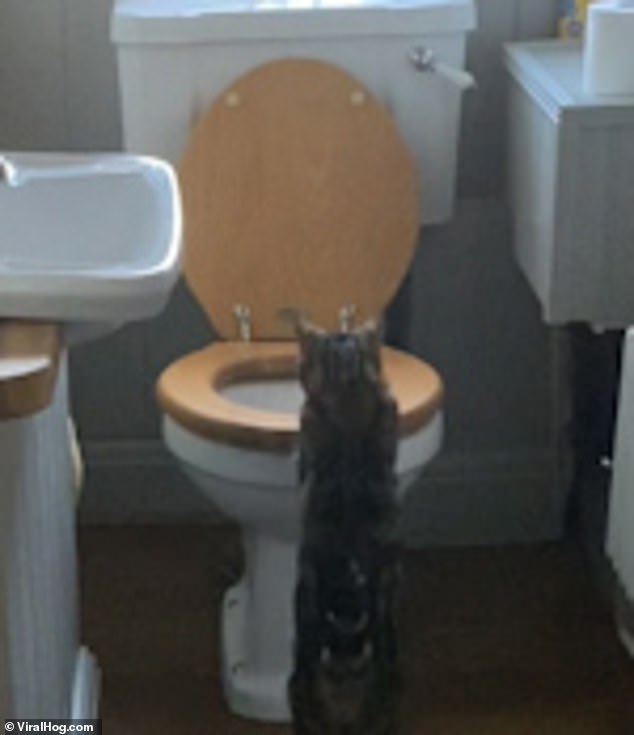 Lola, a cat in Nottingham, can be seen climbing onto the toilet before using it just like a human does 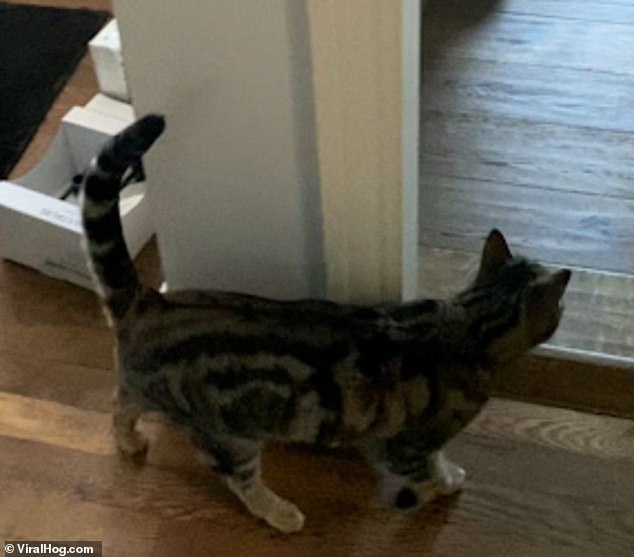 Ali Collison, Lola’s owner, says she now meows when she needs to use the facilities at home

After finishing, it seems as though the cat may have tried to flush the toilet but instead simply.

Ms Collison captioned the video with: ‘When you realise you’ve been wrongly accusing the boys of not flushing.

Speaking after the video was posted, Ms Collison added: ‘Now she meows to tell us if the door’s shut or the lid’s down so she can pee!’

Ms Collison confirmed to commenters that Lola had taught herself to use the loo and now meows when the door to the bathroom is shut or the lid is down.

Though she also confirmed that the cat’s toilet habits have also included pooing in the bathroom sink. 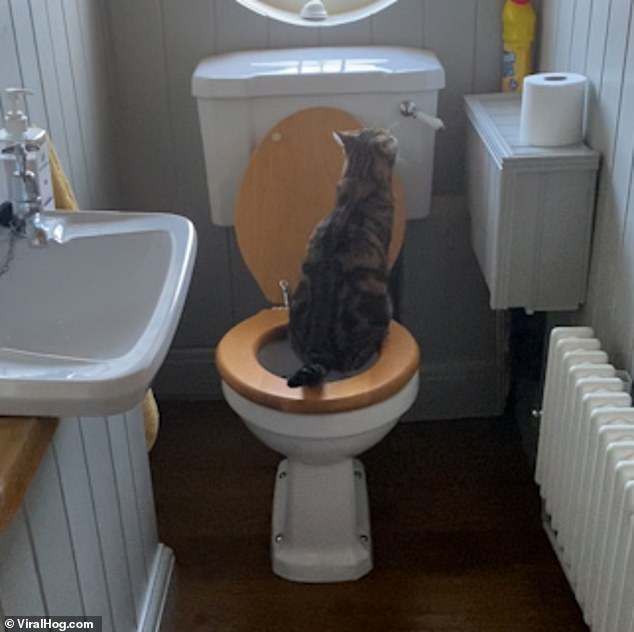 Commenters on the video found the video hilarious.

One siad: ‘That’s amazing. Wonder if my dog could do that?’

Another quipped: ‘I noticed that Lola didn’t put the lid down and also didn’t wash her paws.’