What a paw-some idea! Zenit St Petersburg’s stars put on an adorable display with puppies from local shelters in a heartwarming attempt to get them adopted, as they walk out for a game cuddling the pooches

By Daniel Davis For Mailonline

Zenit St Petersburg’s players have pulled together for a paw-some idea in an adorable attempt to get puppies adopted from local shelters in Russia.

Ahead of their Russian Premier League match against FC Rostov yesterday, the starting XI walked out on to the pitch carrying the dogs in their arms.

It is not the first time that football has partnered with foundations to find pups their forever home, but Zenit’s adorable display warmed the hearts on a chilly evening. 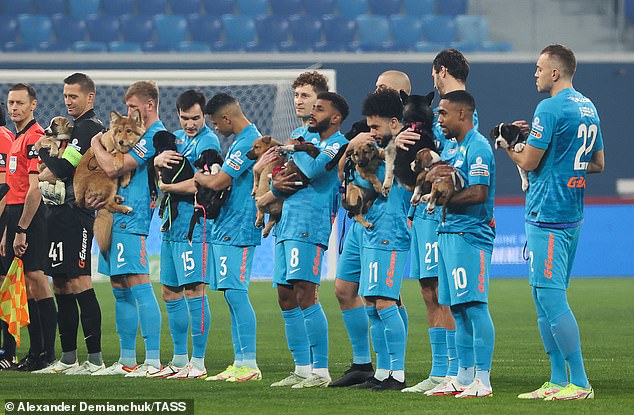 The campaign is named ‘Dogs are better at home’, and came shortly after the country and its citizens celebrated World Pet Day on November 30.

Zenit, working with the Russian Kynological Foundation, launched the community project, and recruited a number of their first-team squad for the effort.

At the Gazprom Arena, 11 fluffy canines of various breeds were brought out and paraded gently in front of the watching television cameras.

In doing so, the players looked to urge viewers to adopt shelter animals. 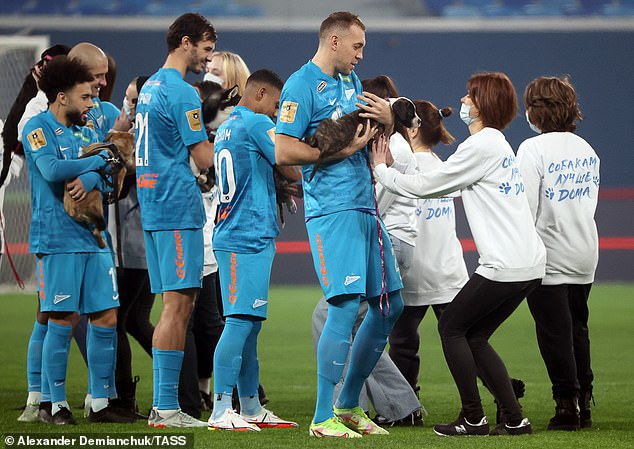 The video of the team walking out while accompanied by the dogs has already achieved millions of views on Twitter, less than 24 hours after it was posted.

‘The aim of the project is to highlight to the public the responsibility and care required when having a pet and to help raise funds for local dog shelters,’ they said.

Just before the fixture, the Zenit XI was revealed on the stadium’s video screen. 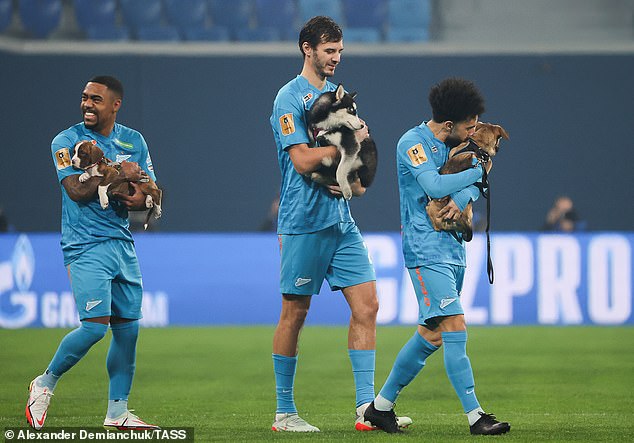 In the adorable display, Zenit’s players walked out before kick-off while cuddling the pooches 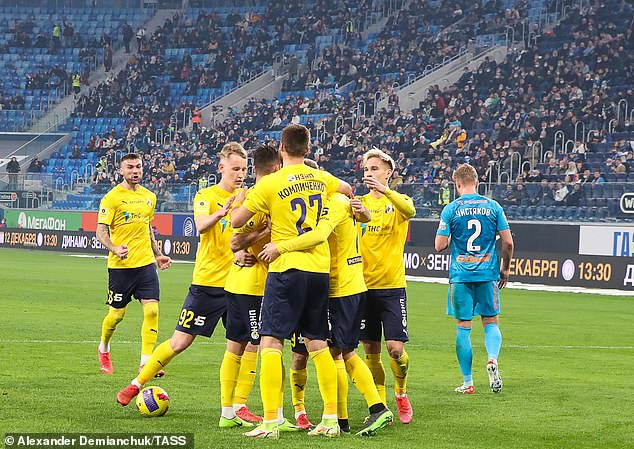 FC Rostov forced Zenit, and their puppy partners, to settle for draw in yesterday’s league clash

There was a welcome twist this time, however. When the players flashed up, they were shown alongside pictures and profiles of dogs looking for a new home.

When the action began, Rostov needed two early goals against league leaders Zenit, but were pegged back twice and settled for a respectable 2-2 draw.

Claudinho was on target twice in the entertaining tie for the hosts, and the dropped points mean that Rostov sit in 11th place, comfortably clear of the drop zone.

As for Zenit, they remain top of the standings on 37 points, five clear of second-placed Dynamo Moscow – who have a game in hand. 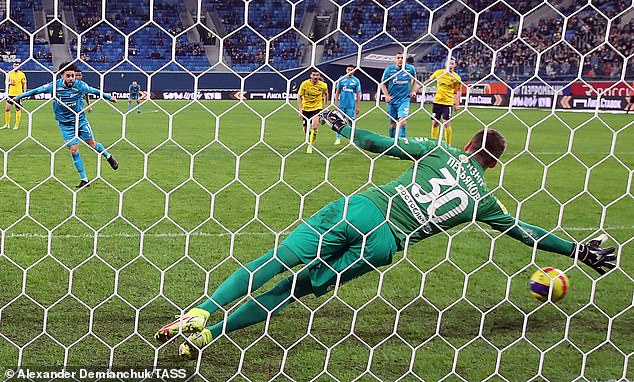