In a mere two months, Emma Raducanu has captured the imagination of the British public like no tennis player from these lands has since a certain Andy Murray made his breakthrough in 2005.

First Wimbledon, now the US Open where the qualifier faces Maria Sakkari tonight for a shot at unthinkable Grand Slam glory. But, if you looked close enough, the signs of a major breakthrough were subtly apparent.

Last year, at the Battle of the Brits event at the National Tennis Centre in south London, Raducanu came up against Murray in a mixed doubles clash. Break point down, second serve, the teen could have buckled against a three-time major winner ready to pounce. 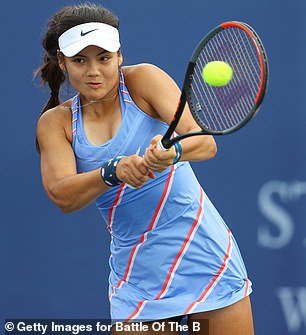 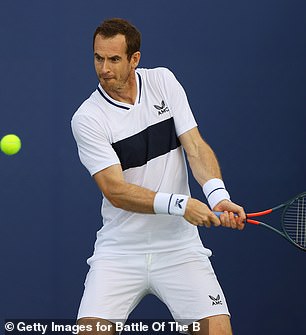 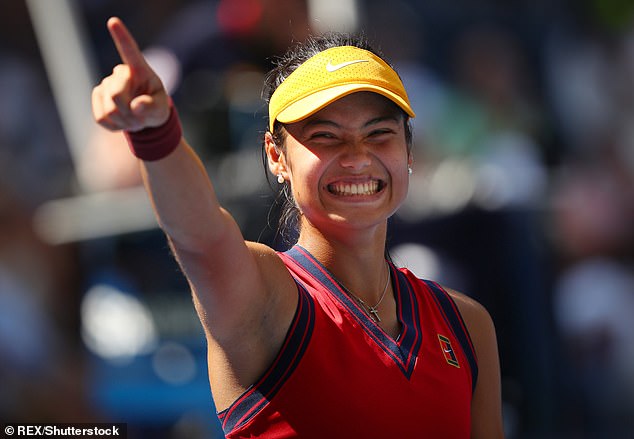 What happened next? Murray blinked first. Locked in a cross-court trade, the then-17-year-old smoked a backhand deep in the court, triggering Murray to net timidly with a backhand of his own.

Needless to say, not many saw that coming. Certainly not fellow British players on the sideline, who weren’t about to pass up the chance to have a firm dig in the Scot’s direction.

British No 5 Liam Broady quipped, ‘That’s way too heavy for Andy!’ while doubles player Dom Inglot bellowed: ‘Andy’s worst nightmare: Emma Raducanu!’ Sure, it was a jovial moment. And sure, it was just one rally. But there it was: the power and composure needed to become a champion.

The pair crossed paths again later on in the year, during the off-season in December, this time indoors at the NTC. Murray’s coach, Jamie Delgado, compared Raducanu’s ability from the back of the court to a Japanese player who made her own ascent to stardom in New York three years ago.

‘Andy is a big fan of Emma and thinks she’s an excellent player,’ he told The Times this week.

‘I remember Andy hitting with Naomi Osaka in Brisbane in 2018 and her intensity and ball-striking was so impressive. Emma reminded me of her…

‘It was the first time she had practiced with Andy and obviously there are going to be nerves. But with Andy hitting it really hard on a fast-ish indoor court, her ability to hit back with interest made it clear that she had something special.’

That ‘something special’ has been evident throughout the summer, not least stateside where a quite unbelievable two weeks has seen Raducanu win eight matches – including three in qualifying – without dropping a single set.

She has not even been stretched to a tie-break. Forget the fact she’s come from a field of 256 players down to just four – her domination in that journey has been nothing short of remarkable.

Her focus and self-drive at precarious moments – often at the beginning of matches amid a flurry of nerves – have also stood out, not least to Murray watching on from his home in Surrey.

‘You can’t always dictate how you’re going to perform in these matches, but the one thing you can control is your effort levels and your mentality,’ he said on Prime Video this week. 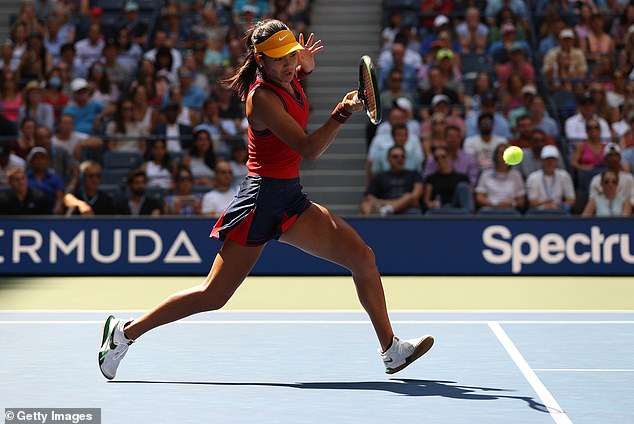 ‘These are the situations you want to get yourself in, but there’s no question Emma is going to feel nervous, and she’ll feel pressure.

‘The most important thing is to come off the court knowing you’ve given everything you’ve got.’

Before the pandemic, the pair posed alongside fellow British youngster Jack Draper – who took a set off champion Novak Djokovic at Wimbledon this year – in a commitment by Amazon to support potential future stars with funding and the mentorship of Murray himself.

The two-time Wimbledon champion has certainly had an effect on Raducanu, 16 years his junior. After her triumph over Olympic champion Belinda Bencic yesterday, Raducanu cited Murray – who won his first major at Flushing Meadows nine years ago today – as one of her role models. 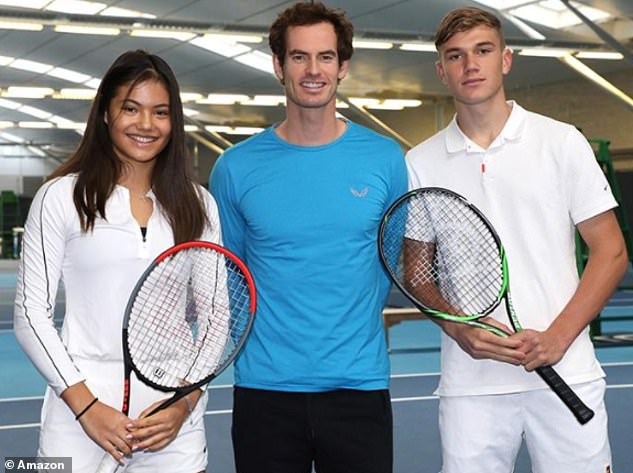 ‘Andy has quite often spoken to me,’ she said.

‘I actually hit with him two times, which was really good for me to see his ball speed and how good he is.’

With further support from the LTA’s Pro Scholarship Programme, Raducanu has harnessed her game to the point of mesmerising consistency, with the help of recently hired coach Andrew Richardson.

Out on court at Flushing Meadows, she has not only bettered her opponents for groundstrokes and movement, but also self-control and ingenuity.

Annabel Croft described her as a ‘problem-solver’ following her quarter-final win. No wonder – she took an 18-month break from competition to focus on her A-Levels, earning an A-star in Maths and an A in economics. That’s a problem-solver alright. 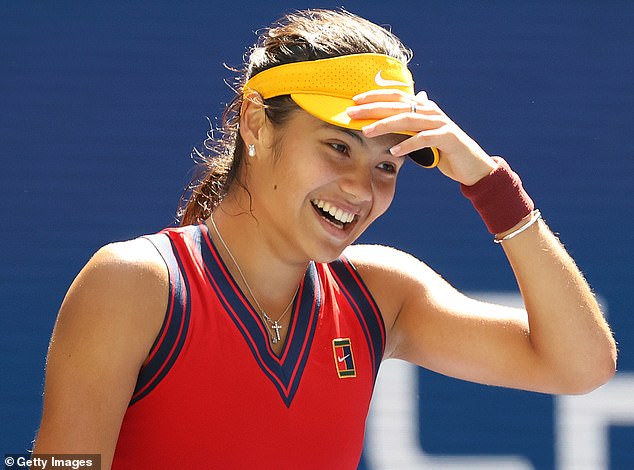 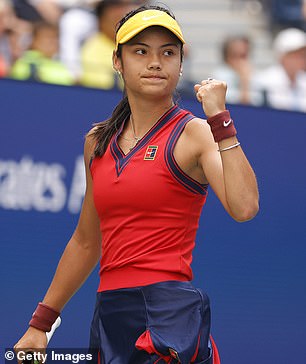 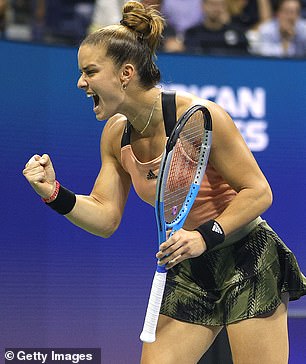 The 18-year-old faces Greek 17th seed Maria Sakkari at around 1:30am (BST) on Friday morning

Now, greatness beckons. It took Murray until he was 21 to reach his first major final, at the 2008 US Open. Raducanu has the opportunity tonight to beat that record and some.

The Scot will no doubt be watching on in the early hours, perhaps proudly, when she takes to Arthur Ashe under the lights. Those practice sessions don’t count for nothing. That experience of competing against one of the country’s most successful sportsman doesn’t count for nothing either.

The crown is on the cusp of being passed over. With Murray’s powers waning at the age of 34, there’s a new star who looks set to take the throne at the very top of British tennis. And the crowning moment could come in just her second major.

Win or lose from here on in, she will be the new British No 1 on Monday. The only question now is: can the 400-1 shot enter the Grand Slam record books and cap off an unthinkable fortnight with the most glorious of triumphs?